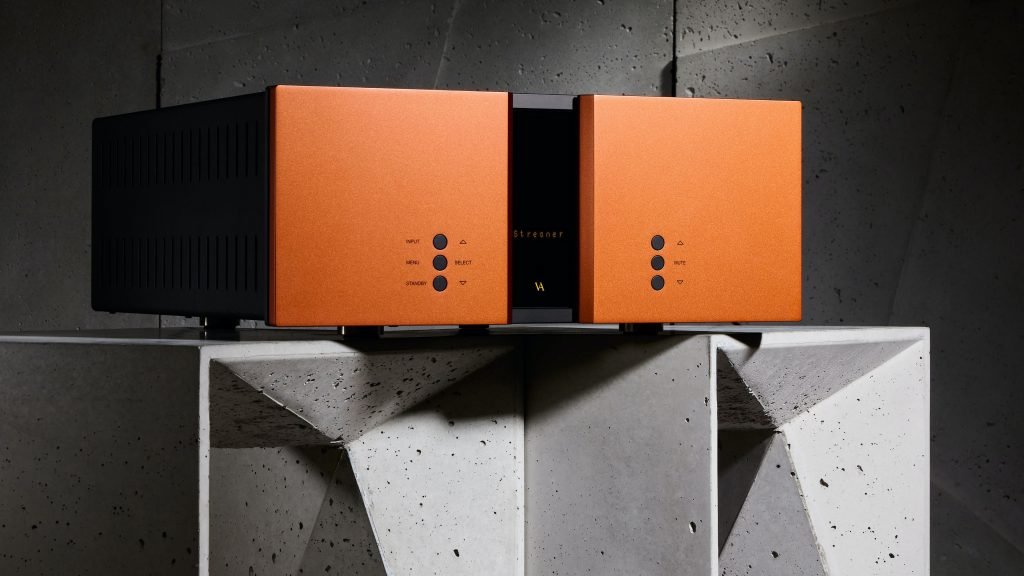 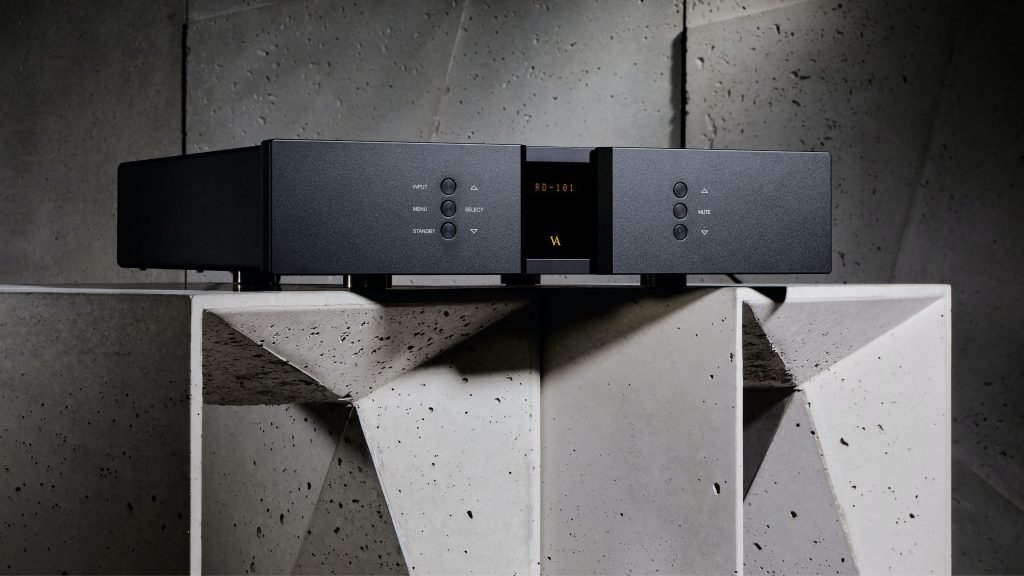 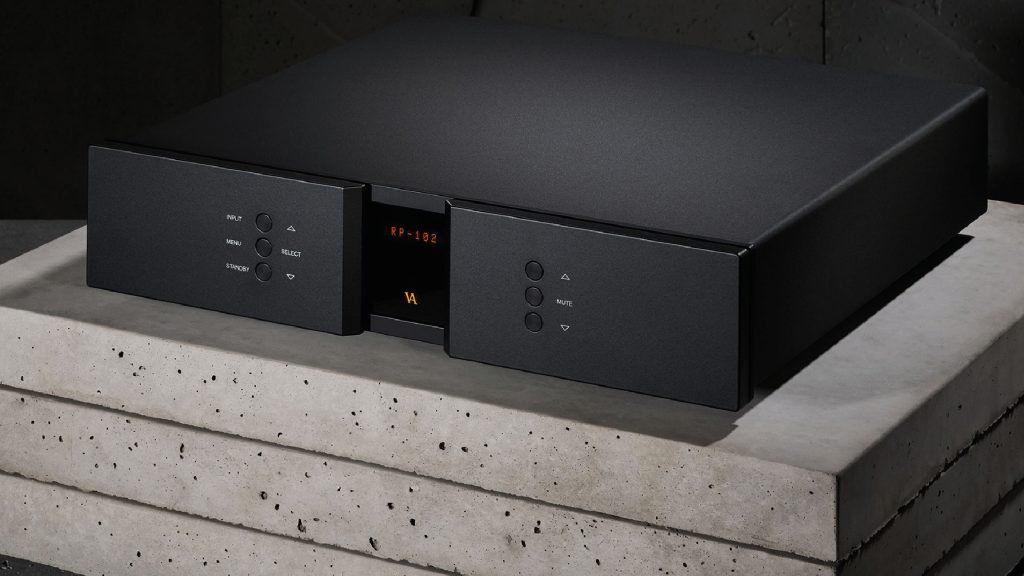 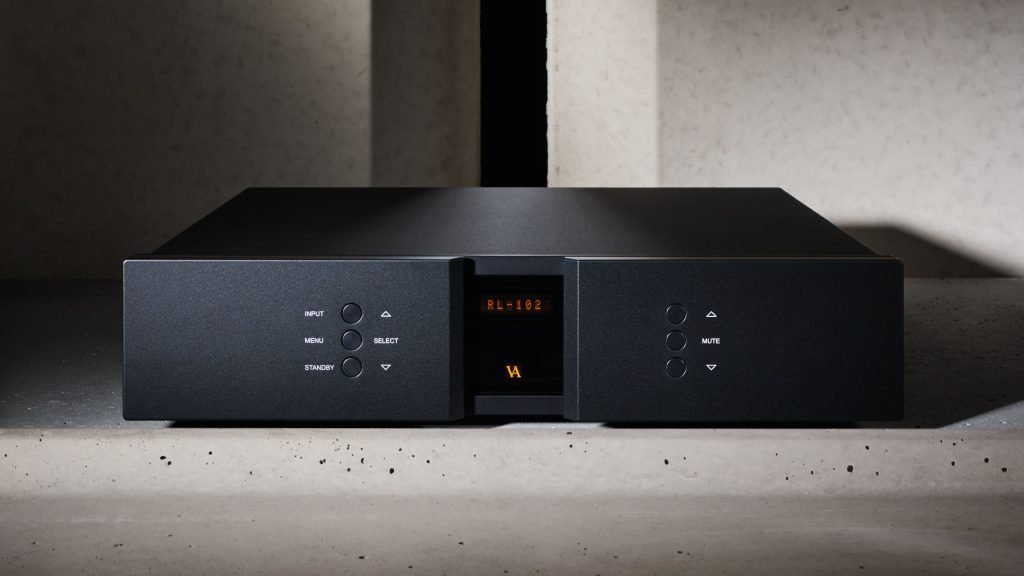 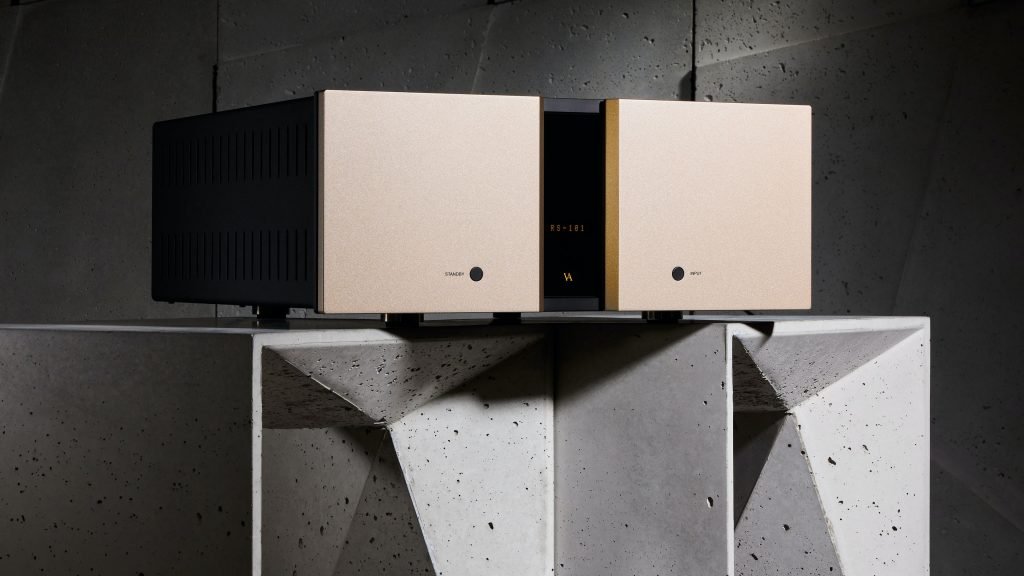 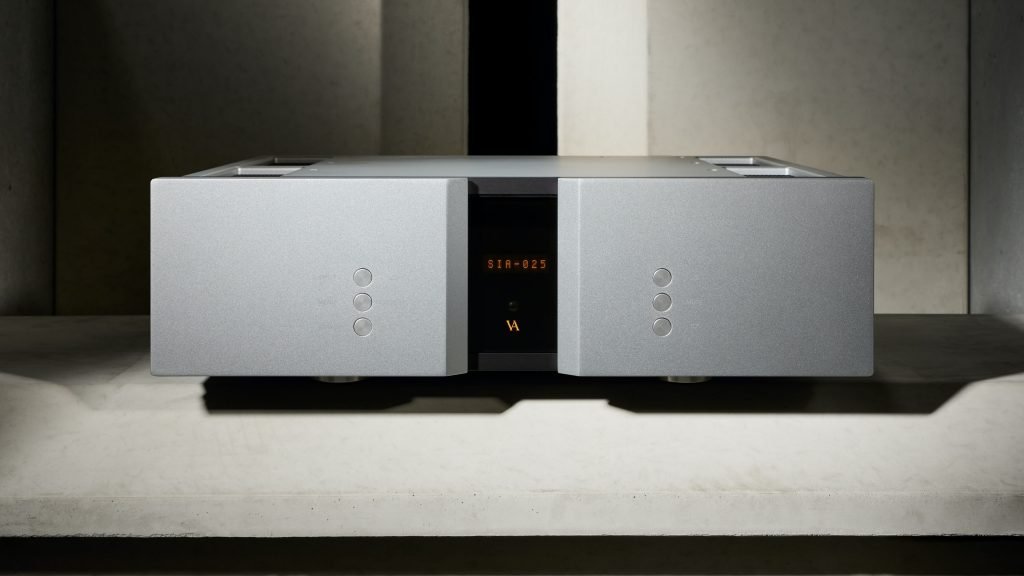 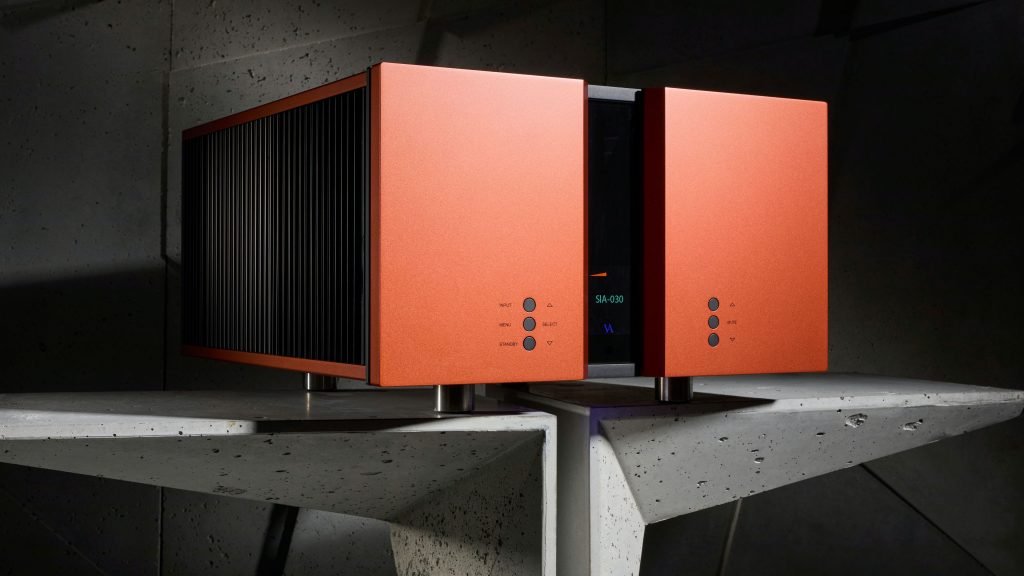 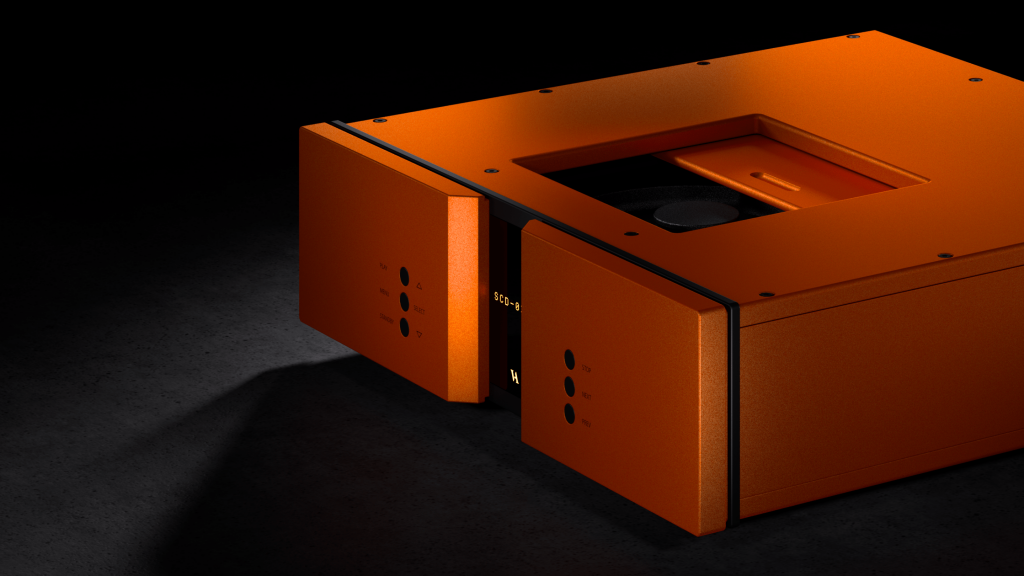 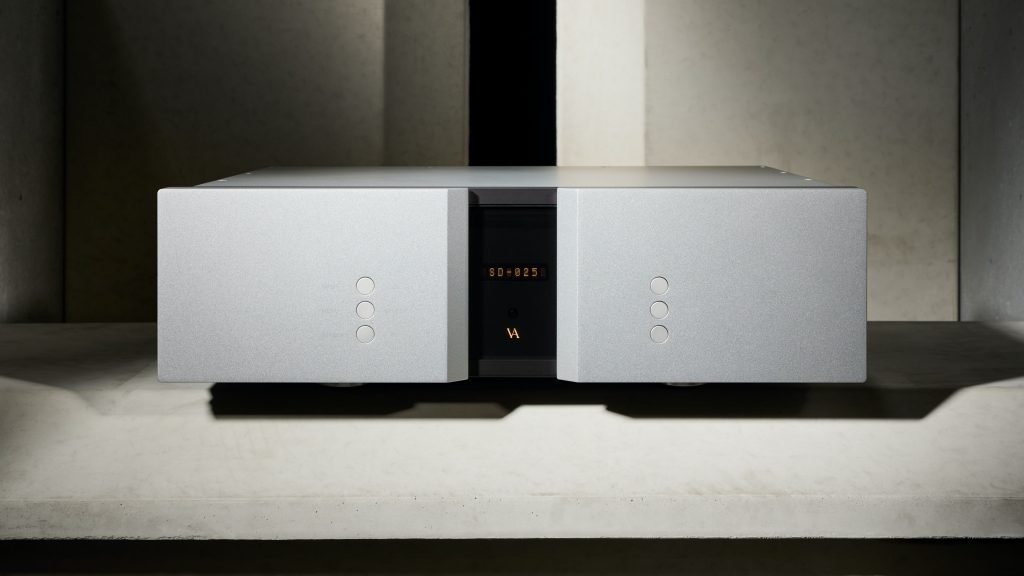 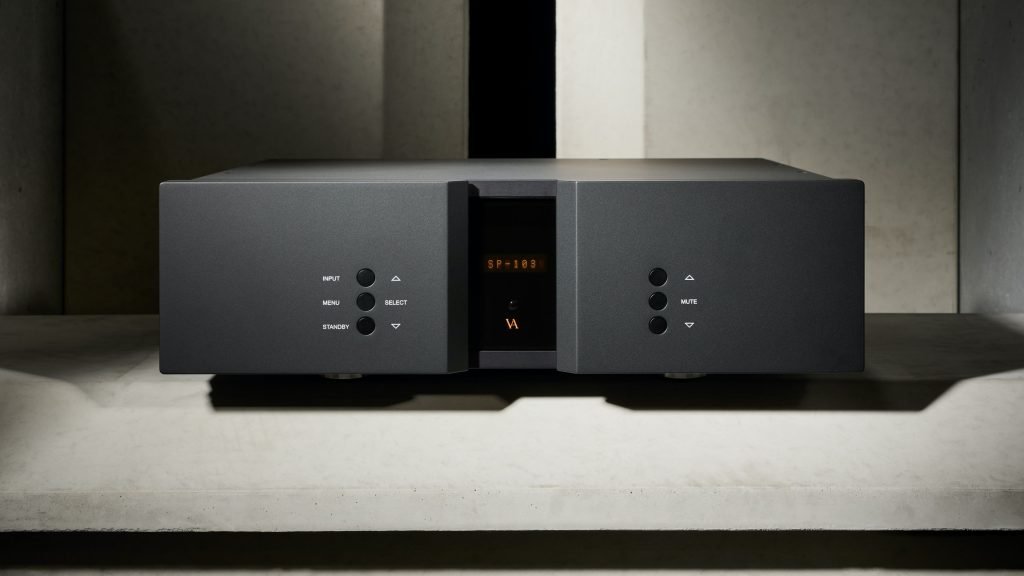 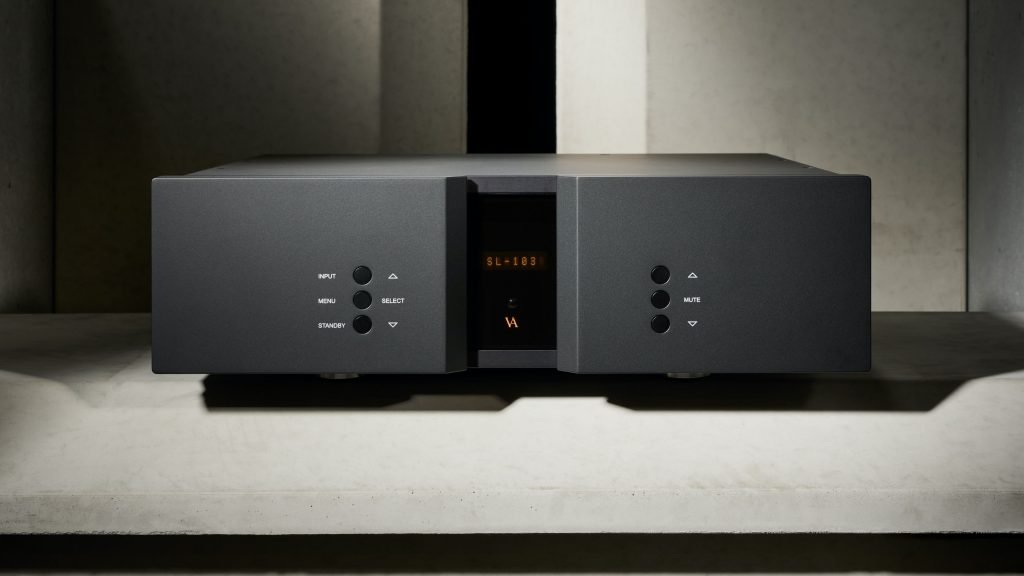 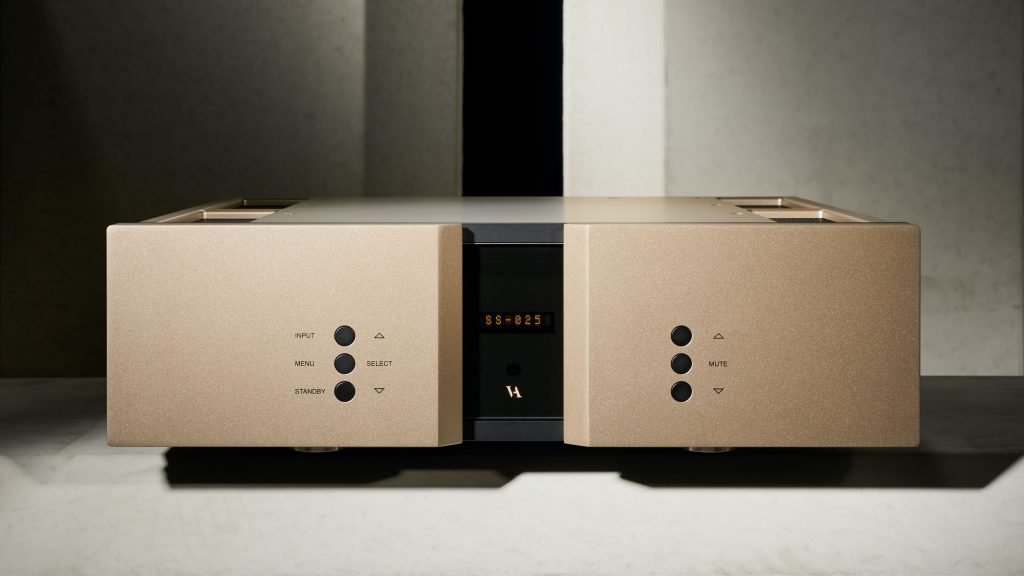 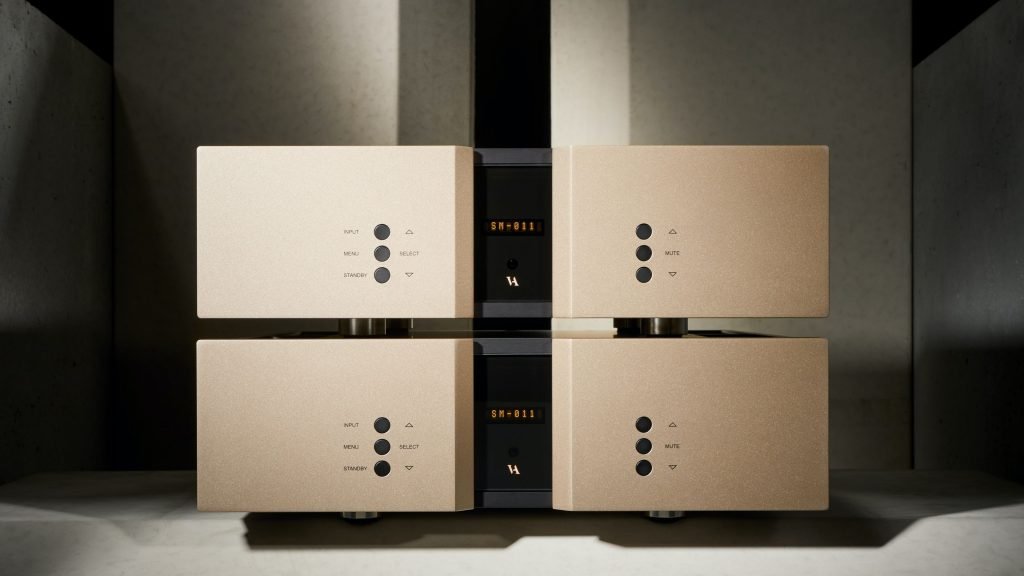 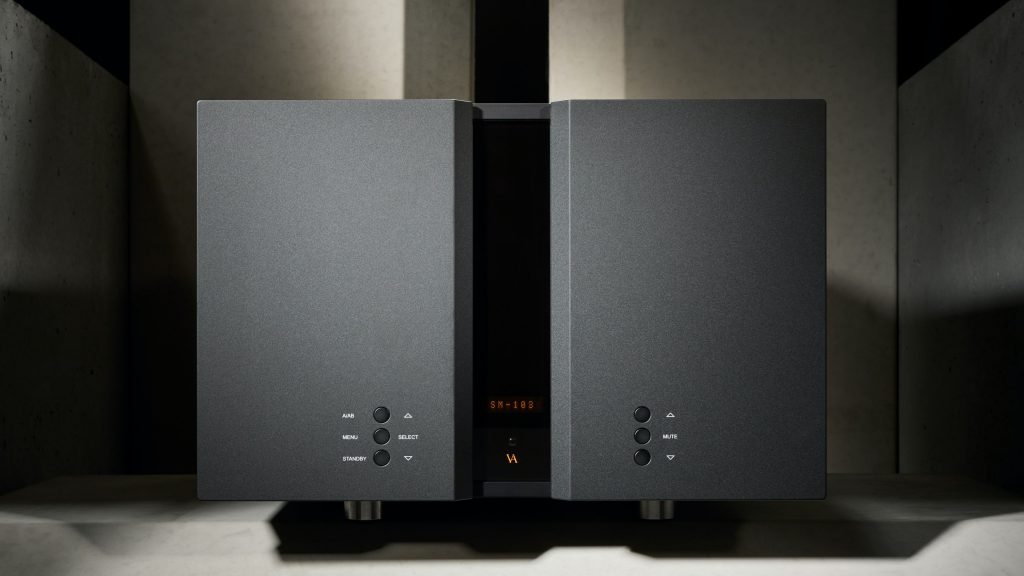 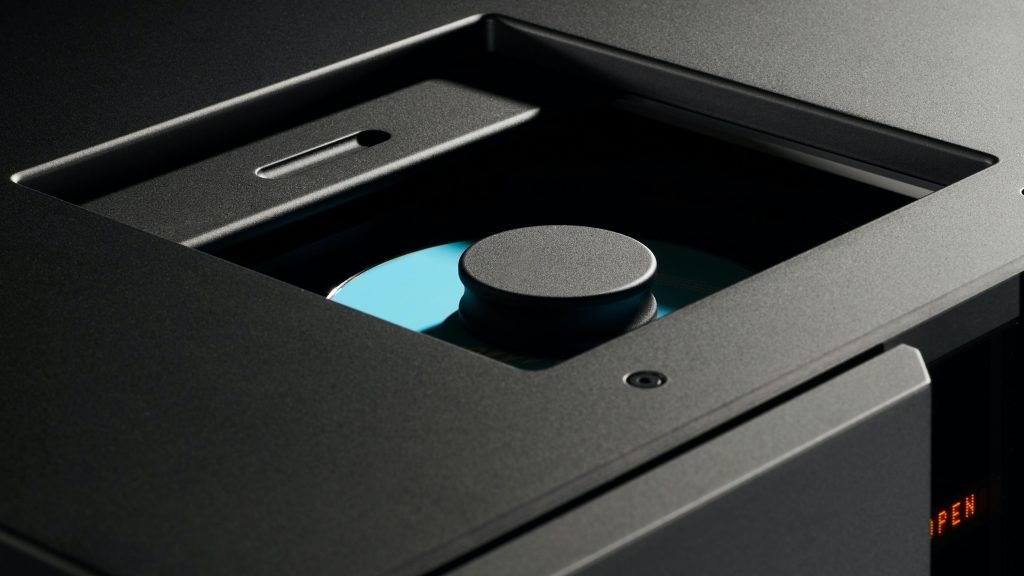 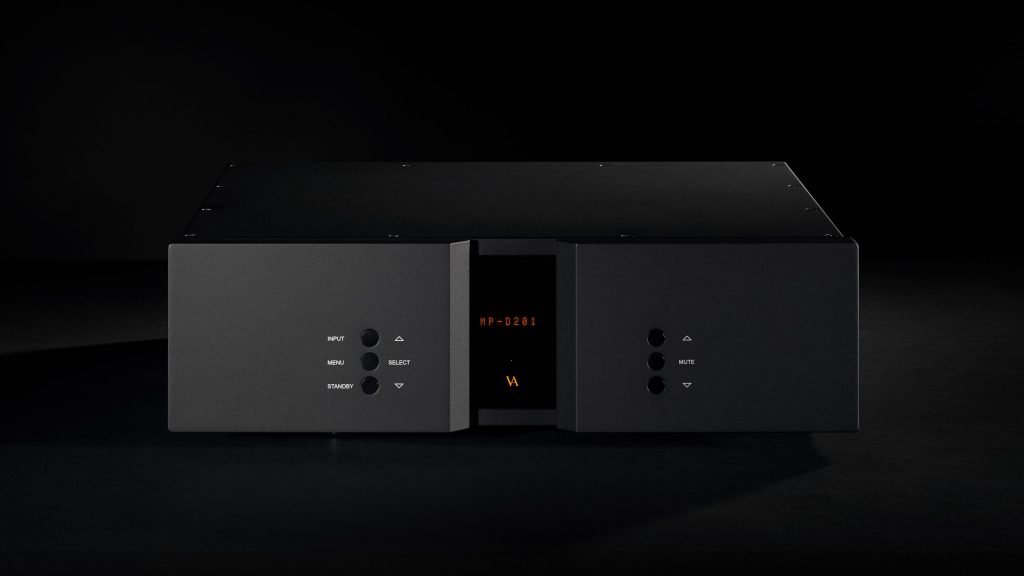 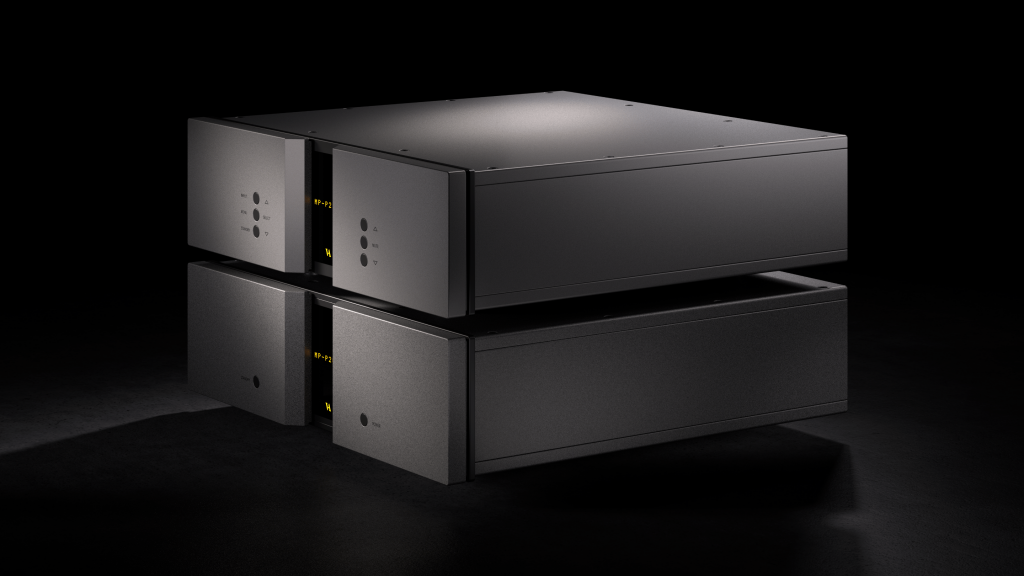 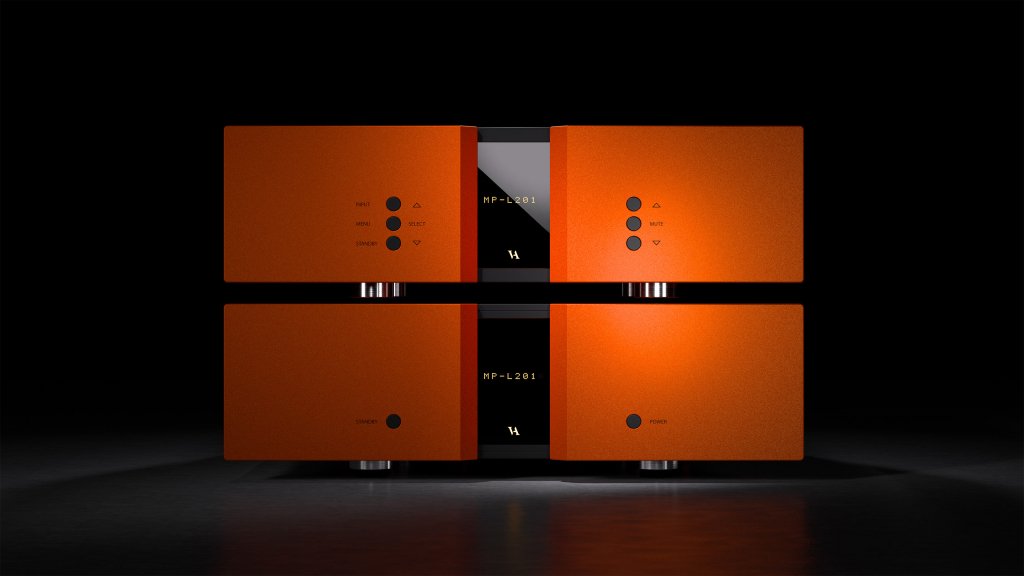 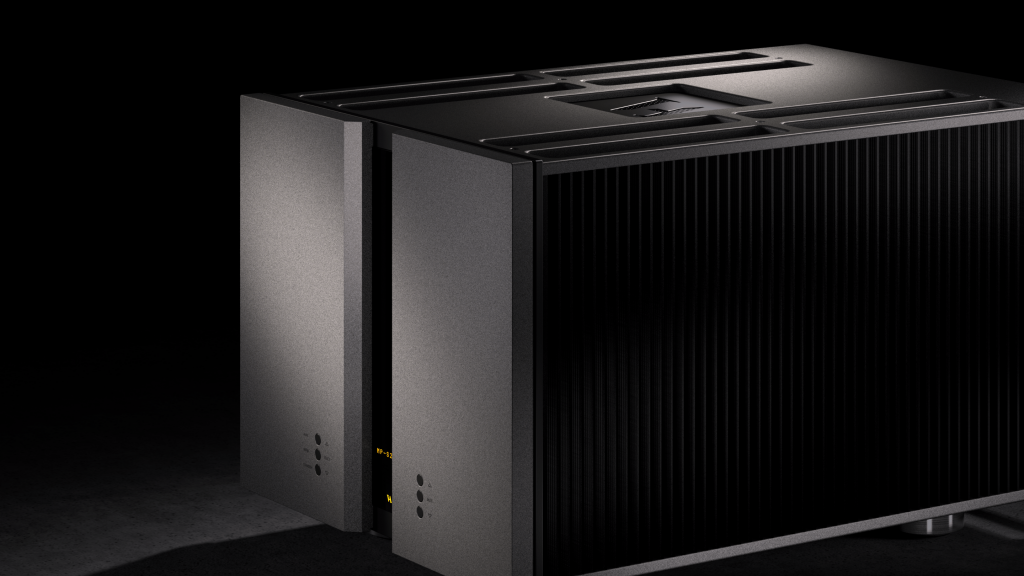 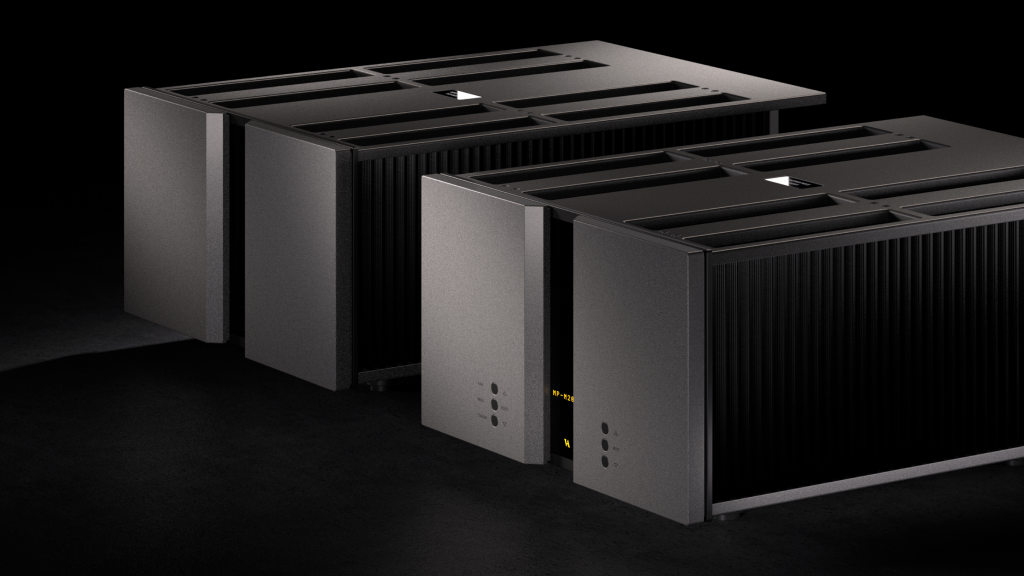 Many thanks to Andreas Günther of AUDIO magazine in Germany for his review of the SIA-030. We include the review translated from German to English below or you can download a PDF of the original review in German using the link just below this.

The Danes are coming! With the Vitus Audio SIA-030, a powerful amp weighing over 60 kilograms. On request up to 30 watts in the finest class A, but far beyond that also in class AB.

First the spoiler: This is one of the best integrated amplifiers I have ever heard. But slowly. Because hardly anyone knows Vitus Audio. This is a factory in Denmark, based somewhere in the middle of nowhere, in the center of Jutland. How does knowledge get there? The boss worked in the chip industry for many years and finally gave up. Today, among other things, he feels comfortable in the role of a drummer in his band. Vitus Audio’s listening room is next door to his band’s rehearsal room. Everything of course finely furnished. Vitus is the name of the head of the company by cash on name. One of his amps is a guest at AUDIO. In terms of design, the Danes are sending us astray. At first glance, we couldn’t really classify the SIA-030. A monolith with 63 kilograms, the front is clean, there are few or no controls. It’s an amp, isn’t it? The letters “I” and “A” in the name allow a conclusion to be drawn about the intended use: Integrated Amplifier. The “S” stands for the Signature Series. With a look at the back we get closer: many inputs, three in XLR, two in RCA, plus a double output to the speakers. Everything that makes an integrated amplifier is there. The lack of large knobs for source selection and volume led us down the wrong path. Nevertheless, the SIA-030 is and remains an integrated amplifier. It is operated either via the six rather inconspicuous push buttons on the front or with the help of an intelligent remote control.

THE FINE SOUND OF RELAIS

If you adjust the volume of the amplifier, you will be rewarded with a fine acoustic feedback. Volume is controlled via a resistor network controlled by small relays – click, click, click. You don’t see that very often in our business. However, our reference amp PA 3100 HV from T+A does the same. This is solid technology that not only inspires us. Vitus Audio still has a double pack of surprises in store. If we look at the back, there are two slots. We can plug in a streaming module or a phono terminal to open the vitus of the digital and analogue world. What a picture: In the middle of the SIA-030, flanked by two noble floor-standing speakers. Then all that’s missing is an Ethernet cable and a record player that’s appropriate for the price range. The feature “Roon Ready” would be all that’s fortunately missing, but the ultimate streaming solution is not (yet) available for the Vitus.

The facts again: We are talking about 63 kilograms here. This is classified as “real estate” in our listening room. Only under protest did our test equipment manager agree to move this amp from the warehouse to the listening room. The weight suggests to us: This must be an A/B circuit with powerful wattage to the speaker. Wrong guess! We are on the wrong course. If required and up to 30 watts, this is a class A circuit with powerful cooling fins. It also needs this. With Class A, all power that is not delivered to the membranes is converted into heat. The integrated amplifier then runs from 30 watts to 290 watts at 4 ohms in Class B. Now it gets exciting. Because the Danes also serve the rockers among us. Just go to the menu via the touch buttons on the front – there is a sub-item that allows us to put the amp fully into a Class A/B mode, which reduces the power requirement without driving from 250 to 150 watts. We compared and say unequivocally: the additional 100 watts are well invested in terms of sound. There was a bit more of everything: more colors, more playfulness, more sensuality. We connect the SIA-030 to our large setup in the listening room, i.e. to the 802 D3 from Bowers & Wilkins. The expectations are high, they are exceeded after just a few bars. It’s like Asterix and Obelix – there must be a secret power potion. This Vitus integrated amplifier really stirred up our listening room. What a rush. Class the sound, unbelievably present. Even better is the deep rumbling, palpable in the pit of your stomach – the bass is powerful. This sound immediately awakens a great desire in me. Dreaming is allowed.

But now comes the catch. This is exactly where the price brings us back to reality. The Danes estimate 38,500 euros. And that for the standard variant. For example, if you are flirting with the fabulous finish in aluminum orange, you should have a well-filled petty cash account, because an incredible 46,200 euros have to be paid for here. Do these Danes want to empty our accounts? No, because as I said: The finish and the workmanship are fantastic, the basic price also fits in terms of sound, we are at the top of our list of the best, experience has shown that the air for price-sensitive audiences is very thin.

A hot tip for everyone who wants to go on a musical journey of discovery: the opera “Peter Grimes” by Benjamin Britten. A stroke of genius. The action takes place by the sea, which is audibly wild, everything roars and swishes. In addition to the title character, the choir plays the second main role. A great recording has just been released by Chandos, conducted by Edward Gardner – also available in 24-bit. There is enormous pressure on the membranes. If the electronics play along too. The SIA-030 gripped the sound waves powerfully – when the choir and orchestra throw themselves into fortissimo, you can literally feel the pressure on your chest. This will be a physical experience. Then again the soft tones – and we are no less enthusiastic about the perfect staggering of the orchestra. This is already taking on holographic features. In addition, the fine silver shine of the first violins. We only know that from hypersensitive tube amplifiers. One more detail needs to be mentioned: In the setup menu we can also choose between “Classic” and “Rock”. Then the Vitus does not let any equalizer function off the leash, everything remains strictly linear – but the harmonic distortion is interpreted differently (see our measurements), in any case it is higher than we are used to from other amplifiers. An interesting factor, the sound tuning by intervening in the distortion structure. Basically a question of taste.

And while we’re on the subject of rock – Bryan Adams has released a new album: “So Happy It Hurts”. The title track rushes in with a drum solo, then a fat bass and the smoky vocals in the middle. So a classic rock mix, but enormously energetic, everything designed for ultra dynamics. Small amplifiers can choke on that. Amazing how stable the SIA-030 was here. Not only in the rough dynamics, but again with a sound that was clearly in front of the box level. Plastic to reach into and with a mighty punch. Then you suddenly understand that the head of the company is a drummer and just likes to live it up in the drive.